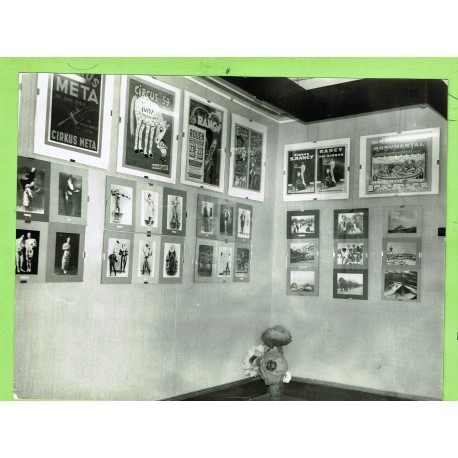 PHOTOREPORT OF THE EXHIBITION OF CIRCUS POSTERS. 1968. JOSEP VINYES COLLECTION

The exhibition took place in the Sala Jaimes of Paseo de Gracia in Barcelona. Later, he was part of the donationof a large part of the collection of Josep Vinyes to the Museum of the City of Berga (Barcelona). Josep Vinyes was the introducer and president in our country of the Union of Historians of the Circus.